Montreux Jazz Festival and music company BMG have forged a global partnership, which includes the launch of a collection series – ‘The Montreux Years’ – and a three-part documentary celebrating the history of the music festival. The remastered live releases, featuring legendary performances, alongside rare and unreleased recordings, have been handpicked from the festival’s rich 55-year archives. 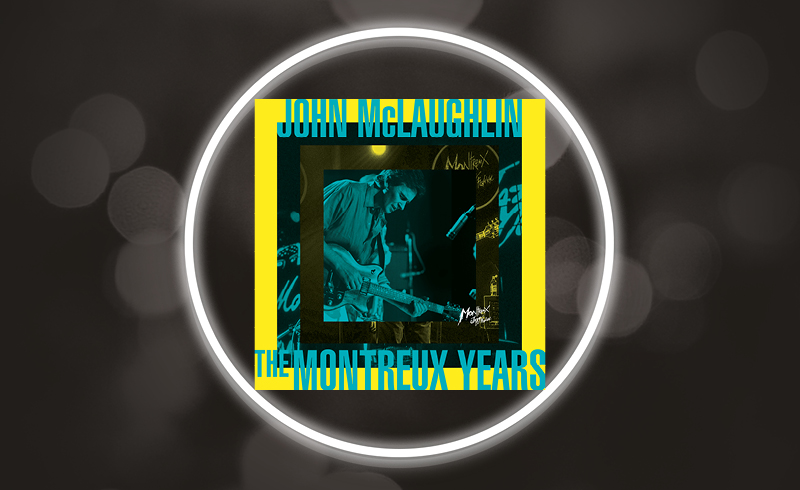 Tony Cousins, responsible for mastering duties, discusses his work on the project.

Mastering engineer Tony Cousins has spent the last three decades at Metropolis Studios, which he co-founded in the early 1990s. His mastering work is “always about how the music is present, and how you can respond to it because of its presence.” This ethos dates back to his earliest musical memories: “I remember walking into a room as a young boy and hearing (a recording of) The Impressions for the first time. And they were in the room.”

How were you approached to work on The Montreux Years?
“I knew Fraser (Kennedy – Executive Producer) and about 10 years ago he asked me ‘Are you interested in meeting some of the team from Montreux to talk about the possibility of doing something with the catalogue?’ To which I replied ‘Of course!’ which led to an initial meeting at The Dorchester with several Swiss gentlemen.”

Fast forward a decade or so and The Montreux Years series is a reality. The first two artists to be released are Nina Simone and Etta James, with curated collections from other iconic performers to follow.

What have been some of the challenges of working on The Montreux Years?
“The audio quality of some of these recordings was extremely variable. Added to that, the different formats of the original recordings included: 1/4", 1/2", DAT, U-matic, 1” Betacam, and sometimes to multi-track for mixing later, some from a feed to the mixing desk, others were taken from Swiss radio broadcasts. The analogue audio was mostly transferred to the archive at 96k, but sometimes there were completely different artists to what was labelled on the boxes – the archive is so massive, there are obviously going to be mistakes. On top of which, there might be big long gaps when the tape machine stops, or there’s a hiccup on it!”

MQA aims to get you back to that analogue experience and remove the digital artefacts.

Give us some of your first impressions of MQA.
“When I first heard MQA – a Ray Charles record with Milt Jackson (from the album Soul Brothers) – I just couldn’t believe it, it was like I was sitting in the room listening to them. It was really extraordinary. That’s what made me realise that this is serious.”

And MQA’s effect on The Montreux Years recordings?
“With the Nina Simone record, it felt to me like I’m in the room with her. Which is the point. The more lifelike it is, the better it is in my estimation.

“But Montreux is live so you have a sense of place because of that. Apart from some of the excessive processing, there were one or two things going back to the original format problems that were noisy, like lights buzzing for example. One has to make the decision as a mastering engineer, how far do you take this to remove the distractions and make the audio come through.

You’ve described working on The Montreux Years as a highlight of your working life?
“It’s been a highlight because it’s music I know from a musical perspective. After I left school, I joined a band and we ended up playing in Morocco for a couple of summer seasons in the late 1960s. By happy coincidence, the owner of the Moroccan hotel where we were performing was a huge Nina Simone fan and he managed to book her for a week. We were in awe of her, so dumbstruck. Seeing Nina Simone in ‘68, she was really at her peak.”

“The Montreux archive is astounding and unique, and it’s been fantastic to be able to revisit it. It’s been an amazing listening experience.”

Prestigious award presented to Founder of MQA for Career of Innovations.