What is a DAC?
In the audio world, a digital-to-analogue converter (DAC) converts a digital signal into an analogue signal.

What does a DAC do?
Most of today’s audio signals, including those from music streaming services, are stored in digital form. A DAC converts this digital signal into an analogue one so that you can hear the sound through headphones and loudspeakers.

What is a ‘dongle DAC’?
A dongle is a bit of kit that connects to the port of another device – for example, a data dongle connects to your device for on-the-go internet access. So, a dongle DAC – also often called a USB DAC – is a portable DAC. Note, a portable DAC doesn’t need mains power, it can get the energy it needs from the device it’s connected to, such as your smartphone.

Doesn’t my phone/laptop/tablet already have a DAC?
Yes. But the DACs found in most of these devices are basic. The DACs featured here do a much better job of getting the best sound from your digital music. Think of them as you might think of specialist running shoes up against a pair of plimsolls – which would you choose to run a marathon in?!

Do I need bat-like ears to actually hear the difference?
No, you just need your own ears. Human hearing is incredibly sophisticated and is especially responsive when it comes to the most complex sounds on the planet: speech and music. You trust your eyes when it comes to appreciating the best-looking TV picture, so believe in your ears when it comes to enjoying great sound.

Why do I need an ‘MQA-enabled’ DAC?
MQA’s proprietary technology, inspired by advances in neuroscience, captures the sound of the studio to deliver a beautifully natural sound in a digital music file. Hence, when you listen to an MQA file even without any MQA-enabled kit, it still sounds better than CD.

However, for the best portable audio experience, pair the TIDAL app with any one of the following MQA dongle DACs. When using one of these DACs, look out for the LED indicator light – when it glows magenta/purple, it is confirming that the sound you are hearing is exactly as played in the studio. In other words, the best of the best. 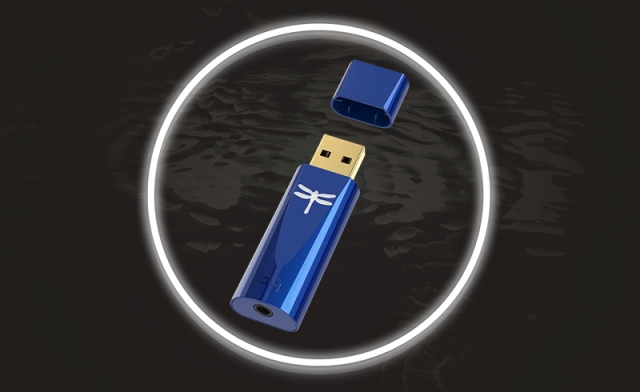 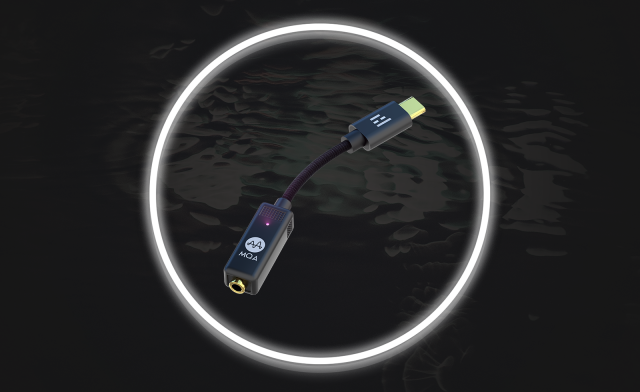 HELM Audio BOLT/DAC AMP
Dongle DACs don’t come much more compact than this. It still houses all the tech you need, though, including a little LED all set to display ‘MQA magenta’, meaning MQA rendering is in the house. The HELM Audio BOLT/DAC Amp features a 3.5mm output – that’s where you’ll plug in your headphones – and a USB-C input. It works with Android, iOS, MacOS and Windows 10 – depending on your device, you may need to add a Lightning to USB Camera Adapter. 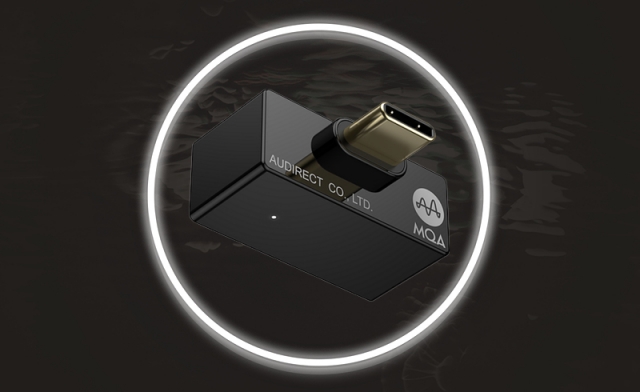 Hilidac Atom 2
Available in an iOS Lightning version or USB Type-C version, the Hilidac Atom 2 eschews a cabled dongle design in favour of a snug USB connection to your chosen device. So, when you plug it into your chosen device it looks very neat – think driving instructor-level parallel parking skills. It sounds smart, too, with its little LED proudly shining magenta when it performs the final unfold of MQA files. 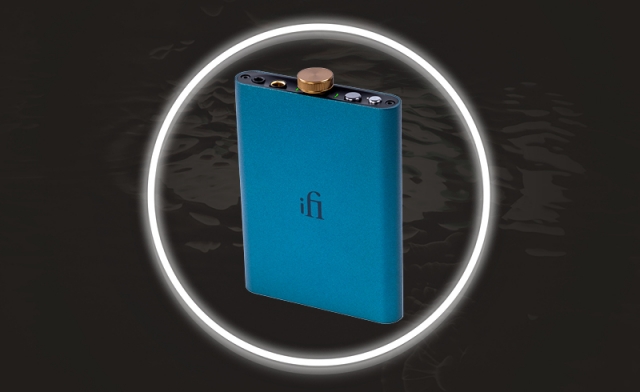 iFi hip-dac
Larger than the other five DACs here, the iFi’s hipflask-aping shape remains perfectly pocketable. Plus, you get the option of a 4.4mm for headphones equipped with balanced cables/connecters. Balanced audio is often used in higher-end headphones and pro audio gear, so you’re in good company. You can adjust the hip-dac’s level of drive to match the load of your headphones – sort of like an articulated lorry driver adjusting horsepower based on the weight of the trailer. The hip-dac glows magenta to herald MQA rendering, while a second indicator advises battery status. The device input is USB 3.0, so factor that in when ordering any adapters. 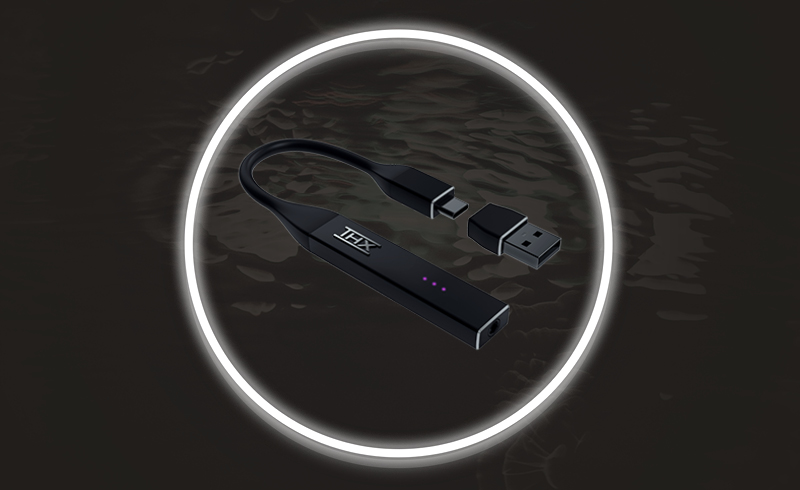 THX Onyx
This is the debut hardware product from the famed sound company and it’s a little powerhouse. As well as performing the final unfold of MQA files, the THX Onyx employs its maker’s Achromatic Audio Amplifier (AAA) technology to help it drive even the most power-hungry headphones. It also offers mic support (except for iOS devices) so answering a call is a painless process. Apple users take note, for best results, THX recommends the (smaller, narrower) Lightning to USB Camera Adapter. 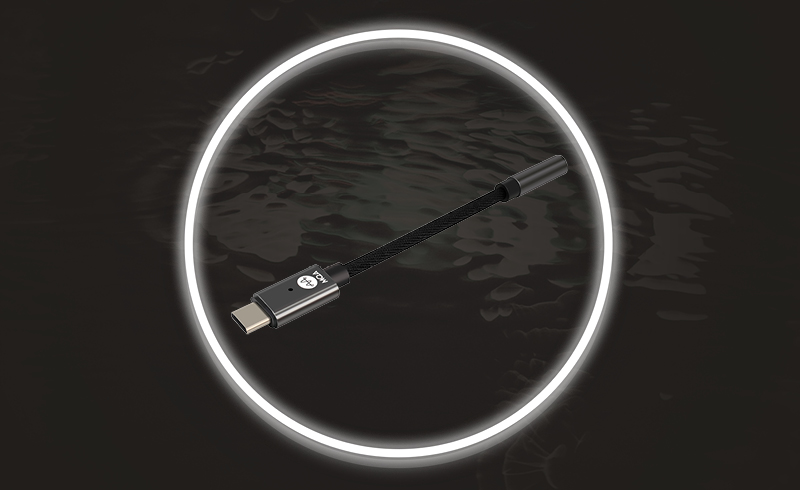 Zorloo Ztella (MQA Version)
In this sextet of dinky dongles, the Zorloo Ztella may well be the dinkiest. It brings support for Android, iOS, macOS and Windows 10 and plugs straight into devices equipped with a USB Type-C interface. The bundle includes a free USB-C to USB-A adapter and, if you’re an iPhone or iPad user, don’t forget to pop the optional Zorloo Lightning to USB Adapter/Cable into your basket before you hit ‘checkout’. The LED indicator lets you know when the Ztella is authenticating MQA, and all from a remarkably small bit of audio tech.

To find out more, read Where can you listen to MQA music?

The Original is The Best

MQA CEO Mike Jbara explains how the provenance of the master is the best standard for the industry.

What does Amazon Music HD deliver + how does it compare to TIDAL HiFi?