MQA’s award-winning technology is licensed by labels, music services and hardware manufacturers worldwide. From industry recognition to new partner products, and stunning new music, here are some of the highlights from the past twelve months:

MQA recognition
MQA founder Bob Stuart became the first audio engineer to receive the Royal Academy of Engineering’s coveted Prince Philip Medal award for a lifetime of innovation “which has changed the way we listen to music and experience films”. Congratulations also to long-term MQA collaborator, Peter Craven, who was recognised with a fellowship from the Audio Engineering Society.

Partner awards
TIDAL retained its crown as 'Best Music Streaming Service' at this year’s What Hi-Fi? awards – also featuring in Darko.Audio’s annual wrap-up for TIDAL Connect – while MQA partners secured wins in 6 further categories. New partner KEF won What Hi-Fi?’s ‘Best all-in-one system over £1000’ for its LS50 Wireless II speakers, as well as rave reviews across the board. A record number of partners were recipients of prestigious EISA awards, including NAD, ARCAM, iFi Audio and FiiO with MQA-enabled products that scooped many other awards besides. 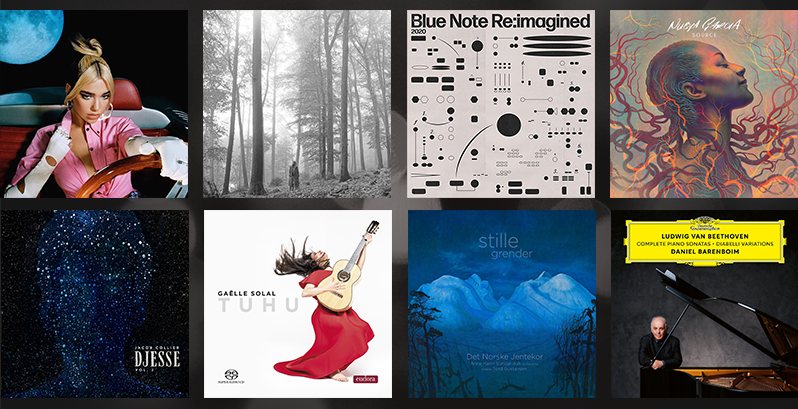 Dua Lipa countered the trend of delayed release schedules, and ‘Future Nostalgia’, a sassy slice of disco-infused pop, brought some welcome musical relief as the world adjusted to lockdown conditions in late March. Surprise summer release ‘folklore’ from Taylor Swift topped charts on both sides of the Atlantic, wowed the critics, and garnered several Grammy nominations.

In the year marking the 250th anniversary of Beethoven’s birth, maestro Daniel Barenboim payed tribute to the revered composer with an epic recording of ‘Beethoven: The Piano Sonatas & Diabelli Variations’. The latest release from Eudora Records ‘Tuhu’ (and its first MQA-CD), whisks you away to the warm climes of the southern hemisphere, with an album from guitar virtuosa Gaëlle Solal, inspired by Brazilian composer Villa-Lobos. Nordic label 2L started the year with its first Grammy win (for 'Lux') and ended with ‘stille grender’, a collection of Christmas carols performed by the Norwegian Girls Choir that transports you to a Scandinavian snowscape. All five 2L 2020 releases included MQA-CD.

With its annual awards, leading tech title What Hi-Fi? celebrates the very best hi-fi and home cinema products on the market. It was another back-to-back win for TIDAL in 2020, while MQA partners were recognised across a further 6 categories.